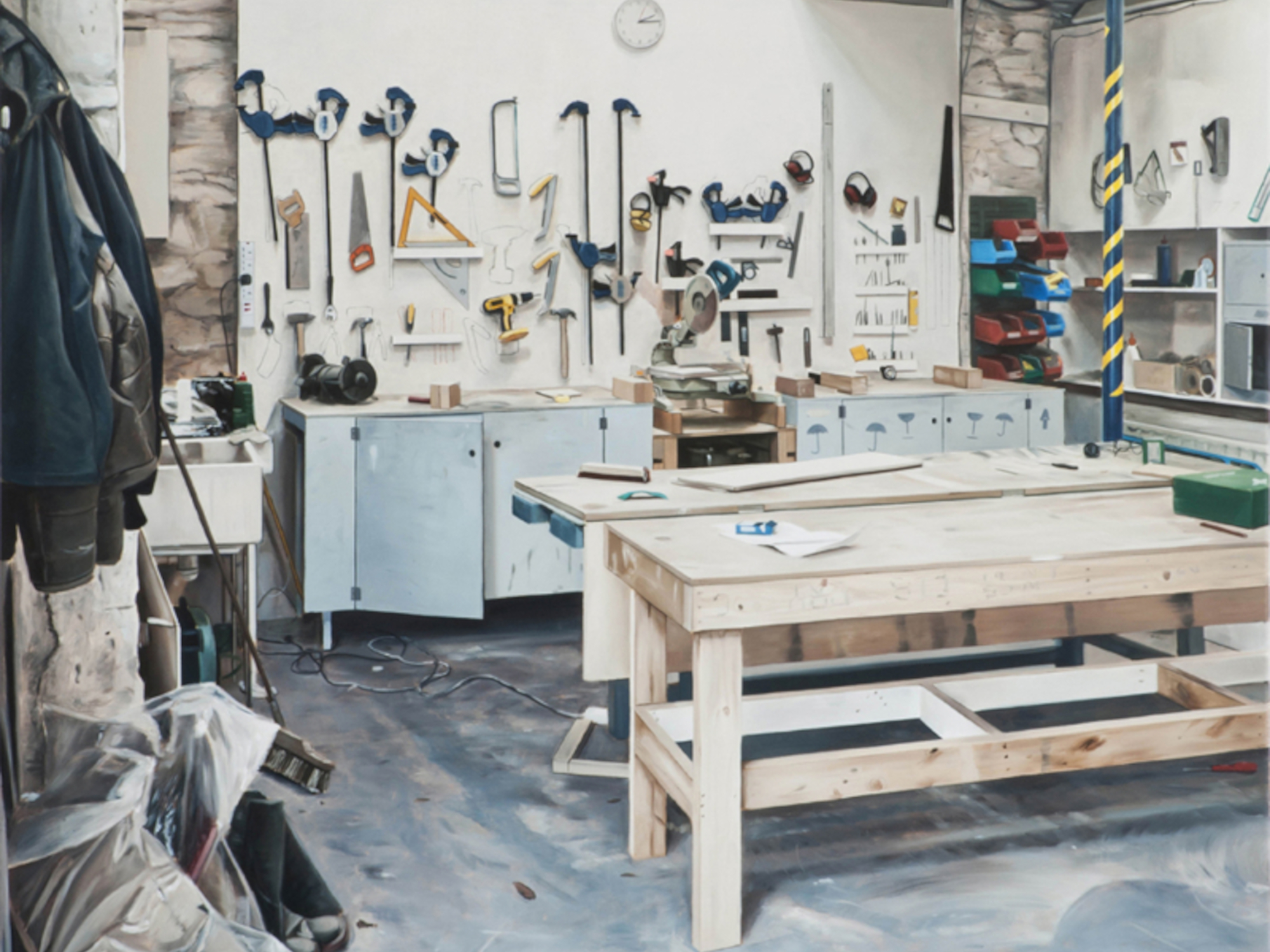 InJacques Lacan’s The Four Fundamental Concepts Of Psychoanalysis (1964), he refers to Hans Holbein’s painting The Ambassadors(1533). The painting is an elaborately rendered document of a historic meeting between Jean De Dinteville and George De Selve.

Holbein famously interrupts the pictorial plane with an anamorphic skull, essentially transgressing the viewer’s experience of a convincingly rendered reality with something more puzzling and ungraspable. Lacan argues that the viewer invests in the painted fictional illusion while simultaneously recognizing their former blindness to it, moving from the perspective of what is real and what is speculative within the surface of the painting.

What Is And What Might Be features ten contemporary painters that conceivably share some of Holbein’s concerns -spatial and material illusion, fictional and real space, movement between a position of doubt and certainty.

The exhibition is sponsored by Laurence Shopping Centre and the d Hotel.
×
Share