Some Thing As A Line 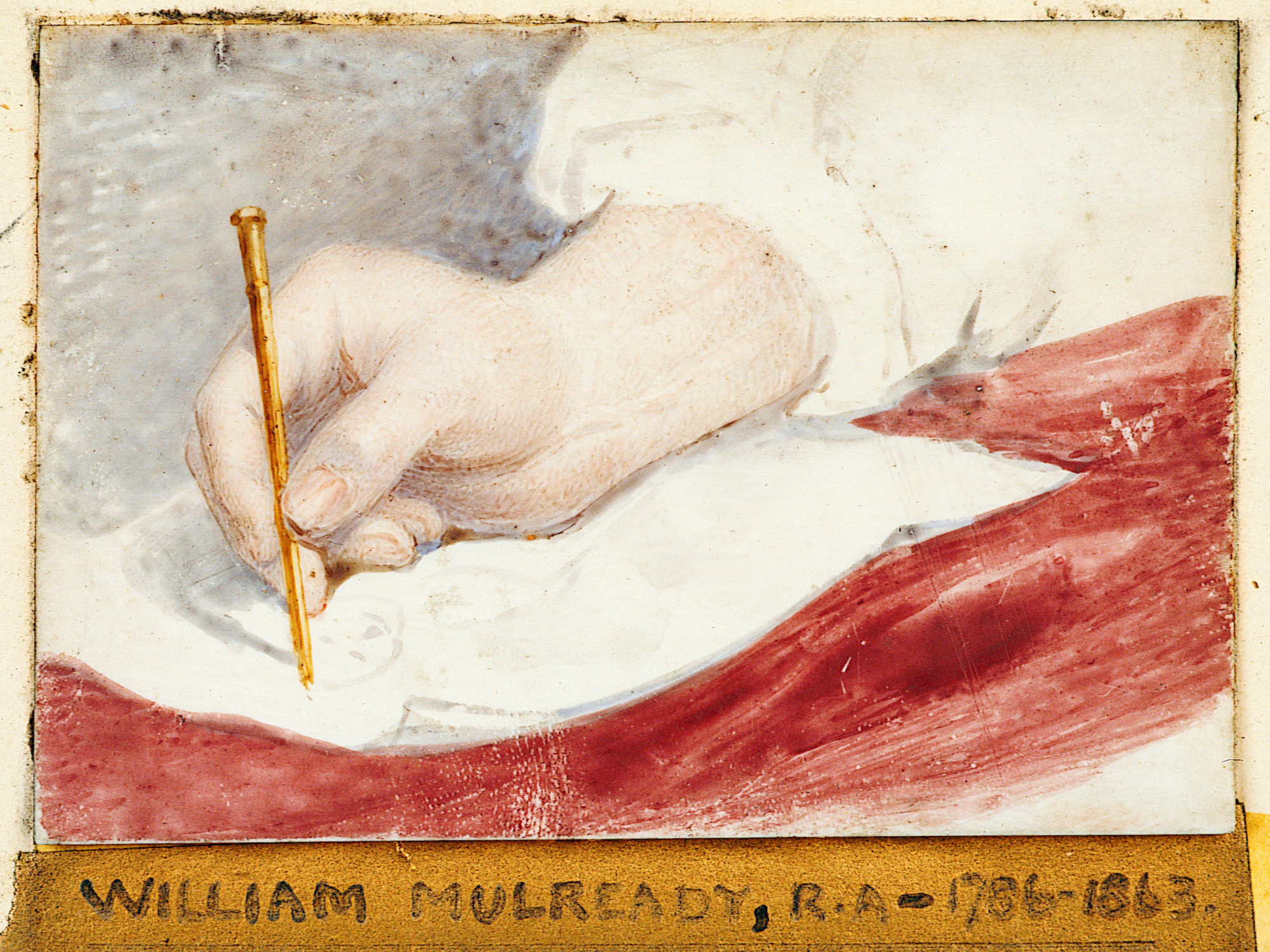 Taking its starting point from the small painting Miniature of the Artist’s Hand by William Mulready in the Drogheda Municipal Art Collection, Some thing as a line is a group exhibition that looks at the spatial and temporal properties of line. The show considers the ability of line to move from a representational mark to an autonomous entity in space and time. Mulready’s painting depicts a hand in the act of drawing from a sculpture onto an ivory surface, suggesting a movement for line between a range of media and disciplines, from sculpture to drawing and painting. Each of the ten invited artists use line in a variety of forms, across a range of media, where line is used to engage with a sense of materials, of space and of time. Works in this exhibition show line being thought of and used in various ways including: as sculptural objects, as paintings of linear sculptures, as video work using line to measure landscapes, as mapping, as visualised data, and using line to trace and record real objects.
Again, as suggested by Mulready’s depiction of a hand in the act of making an artwork, the works chosen for Some thing as a line will present the artists relationship with the hand done nature of their production. Either authored directly by the artist or through the production of others, a reading of the manual mark and trace is present in their works.
The exhibition presents existing and new artworks by well know and emerging Irish and international artists, with some works never exhibited before in Ireland by Anna Barribal, Barbara Knezevic, Damien Meade and Niamh O’Malley.

Brian Fay is an artist and Head of Fine Art at the Dublin Institute of Technology, Grangegorman. His practice, rooted in drawing uses pre-existing artworks and objects to examine their complex relation to time. Recent solo shows include Of the Survival of Images (and Objects) Nag Gallery, Dublin and Broken Images or When does Posterity Begin? RHA Gallery, Dublin. Selected group shows include Motion Capture: Drawing and the Moving Image, Glucksman Gallery, Cork, Projet Gutenberg, Galerie Jeanroch Dard, Paris and Pull, Bite Rally, NCAD Gallery, Dublin. His work is in the National Drawing Collection, and the collections of The Crawford Art Gallery, Office of Public Works and private collections. In 2014 he completed a practice led PhD at Northumbria University on drawing and temporalities. He is the winner of the 2014 Derwent International Drawing Prize, the 2016 AXA Drawing Prize, and is represented by Nag gallery, Dublin.
Highlanes Gallery is grateful for the ongoing financial support from Louth County Council, the Arts Council, and Patrons, Benefactors and Friends.
Current Exhibition: until 5 November 2016
62nd Texaco Children’s Art Exhibition
Forthcoming Exhibition: 30 September to 5 November 2016 Some thing as a line
Exhibition Opening Friday 30 September at 6.30pm with opening remarks by Barbara Dawson, Director, Dublin City Gallery, The Hugh Lane
Artists’ Panel Discussion Saturday 1 October at 11.30am
10th Birthday Drop-in Free Workshop Super Straw Sculptures with Shauna Sweeney Saturday 1 October 1.00 – 5.00pm
Highlanes Gallery will open additionally on Sunday and Bank Holiday Monday of the October Bank Holiday Weekend, 30 & 31 October, 12 – 5.00pm
×
Share