Re-Framing the Domestic in Irish Art 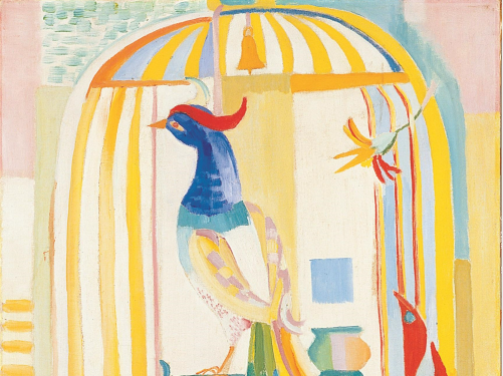 ‘Home is no longer a dwelling but the untold story of a life being lived.’

Lucy Andrews; Aideen Barry; Diana Copperwhite; Maud Cotter; Dorothy Cross; Pauline Cummins; Gerard Dillon; Laura Fitzgerald; Jessica Foley; Fr Jack Hanlon; Siobhan Hapaska; Anthony Haughey; Brian Hegarty; Grace Henry; Patrick Jolley, Rebecca Trost, Inger Lise Hansen; Mary A. Kelly; John Kindness; Danny Lartigue; Vanessa Donoso Lopez; Maggie Madden; Alice Maher; Locky Morris; Janet Mullarney; William Mulready; Sinead McCann; William McKeown; Isabel Nolan; Abigail O’Brien; Margaret O’Brien; Bea Orpen; William Orpen; Kathy Prendergast; Hilda Roberts; Declan Rooney; Mary Swanzy; Dominic Thorpe; Jennifer Trouton
There are many kinds of spaces, both physical and metaphysical, that artists play with in their work, and many spaces that we, as humans inhabit. However, perhaps the most familiar space, the one that has been the stimulus for much artistic enquiry, be it visual or otherwise, has been the domestic, or home space, as that is where our earliest and most formative experiences are shaped.
This exhibition takes as its root the domestic in all its simple complexities and contradictions, to ask what facts and fictions the domestic suggests to the artist and viewer today. Beginning with works that allude to the domestic within the Drogheda Municipal Art Collection, these have acted as pinpoints in which to thread contemporary works to create new ways of looking and experiencing the domestic in art and life.
The domestic itself as a word or concept has been viewed pejoratively, often overlooked because it has been traditionally associated as a ‘female space’; an interior space; a space of familiarity, safeness, and routine.
Ironically, it is because of these very characteristics that visual artists have subverted, re-contextualised, re-imagined and re-framed the domestic at different times and for different reasons as a kind of ‘visual laboratory’. In so doing, they have examined the ambiguous and paradoxical possibilities that the domestic as space, material, or concept suggests.
Highlanes Gallery, now a white art cube space, but formerly a church, creates its own ‘spatial aesthetics’ which presents a third space of enquiry. Furthermore, by bringing together three different voices: Aoife Ruane, the Director of the gallery; Amanda Coogan an artist and Jane Humphries an art historian/writer, their individual concerns have been creatively challenged to renegotiate the preconceived ideas that the domestic presents as a contained, safe, familiar concept. Literally, from discussions around a domestic kitchen table, these three voices have shared their ideas, knowledge and experiences to select works from IMMA and the Arts Council Collections, as well as artists’ studios and private collections, to play with the gallery space and stimulated new conversations between works. This curatorial approach has brought different views to the editing table echoing French theorist Nicolas Bourriaud observation:
What we usually call reality is a montage. But is the one we live in the only possible one? From the same material (the everyday) we can produce different versions of reality. Contemporary art thus presents itself as an alternative-editing table that shakes up social forms, re-organises them, and inserts them into original scenarios. The artist deprograms in order to reprogram, suggesting there are other possible uses for the techniques and tools at our disposal.
The exhibition includes an extensive line up of artists and artwork, both historic and contemporary, and by established and emerging artists, and will re-present significant installations including William McKeown’s Cloud Cuckoo-Land from 2004, a reconstitution of the installation for The Paradise at the Douglas Hyde Gallery, Dublin, with hand painted wallpaper designed by the artist, presented with the support of the artist’s estate and Kerlin Gallery; and Abigail O’Brien and Mary A. Kelly’s collaborative work How To Butterfly a Leg of Lamb from 1999. Elsie’s Counter, a work by Jessica Foley commissioned by the gallery for Drogheda Arts Festival 2013 exhibition Things In Translation at the gallery has just been acquired to the Drogheda Municipal Art Collection will also be presented.
John Berger, And Our Faces, My Heart: Brief as Photos. quoted in Humphries. Jane (Re)imagining the domestic in contemporary Irish art p. 74
Nicolas Bourriaud, Relational Aesthetics, p. 22
Listings Information:
Exhibition: Re-Framing the Domestic in Irish Art
Venue: Highlanes Gallery, Drogheda
Dates: 29 April –  2 and 25 August, 2014 (Upper Gallery/Lower Gallery)
Exhibition Opening: 7.30pm Tuesday 29 April-also the official opening of the 10th Drogheda Arts Festival
Open: 6 days a week, Monday – Saturday 10.30am-5.00pm, closed Sunday
Admission: Free, donations of €2 encouraged
Online: www.highlanes.ie Twitter: @highlanes FACEBOOK: HighlanesDrogheda
Highlanes Gallery is grateful for the ongoing financial support of Louth County Council, the Arts Council and Patrons, Benefactors and Friends of the Gallery.
This exhibition was additionally sponsored by Plusvital, Ortho, the d Hotel, Bellewstown Races, as well as a Conservation Grant from the Heritage Council, and a Collections Mobility Grant from the Department of Arts, Sport and Tourism.
×
Share