For the Love of Paint 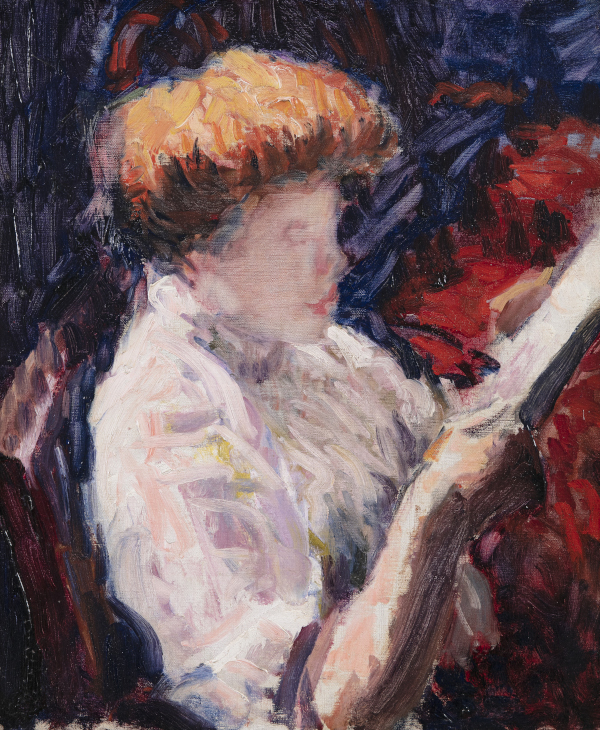 The relationship between painter and paint could best be described as a love affair. This is perhaps truer in the twentieth century when issues such as likeness became secondary or abandoned altogether by Modernism. That meant that the depiction of three-dimensional space, as practiced since the Renaissance was no longer a concern and space was either flattened or reconstructed anew. Paint and the surface ruled supreme.
This selection from the Municipal Collection aims to contrast artists that embraced this new modern language, such as Nano Reid and Gerard Dillon, with those who wanted to continue developing along more traditional paths like Simon Coleman and John Kelly. And while these two groups practically saw each other as mortal enemies, we see when we look at the surface of the paintings, how virtuosic handling of paint was at the heart of their art.
The selection will also look at examples of painters from an earlier period such as Roderic O’Conor. O’Connor and his contemporaries embraced the Impressionist’s and Post-Impressionists’ use of rich color and an all-prima-like method of painting which was to be the foundation of the Modernist and Traditionalist art of the twentieth century.
The selection will include two paintings from contemporary artists, Diana Copperwhite and Mary A. Kelly. These paintings, in their handling of space, have moved on from the classical Modernist’s approach. However, the painted surface is still hugely important for them and the love affair between artist and paint is as passionate as ever.
(image) Roderic O’Conor (1860-1940) Femme Lisant or Woman Reading (c.1907/8) Oil on canvas, 54.6 x 45.7cm, Stamped verso with atelier stamp. Drogheda Municipal Art Collection, on long-term loan from a private collection.
×
Share