Graham Crowley: A Love of many things 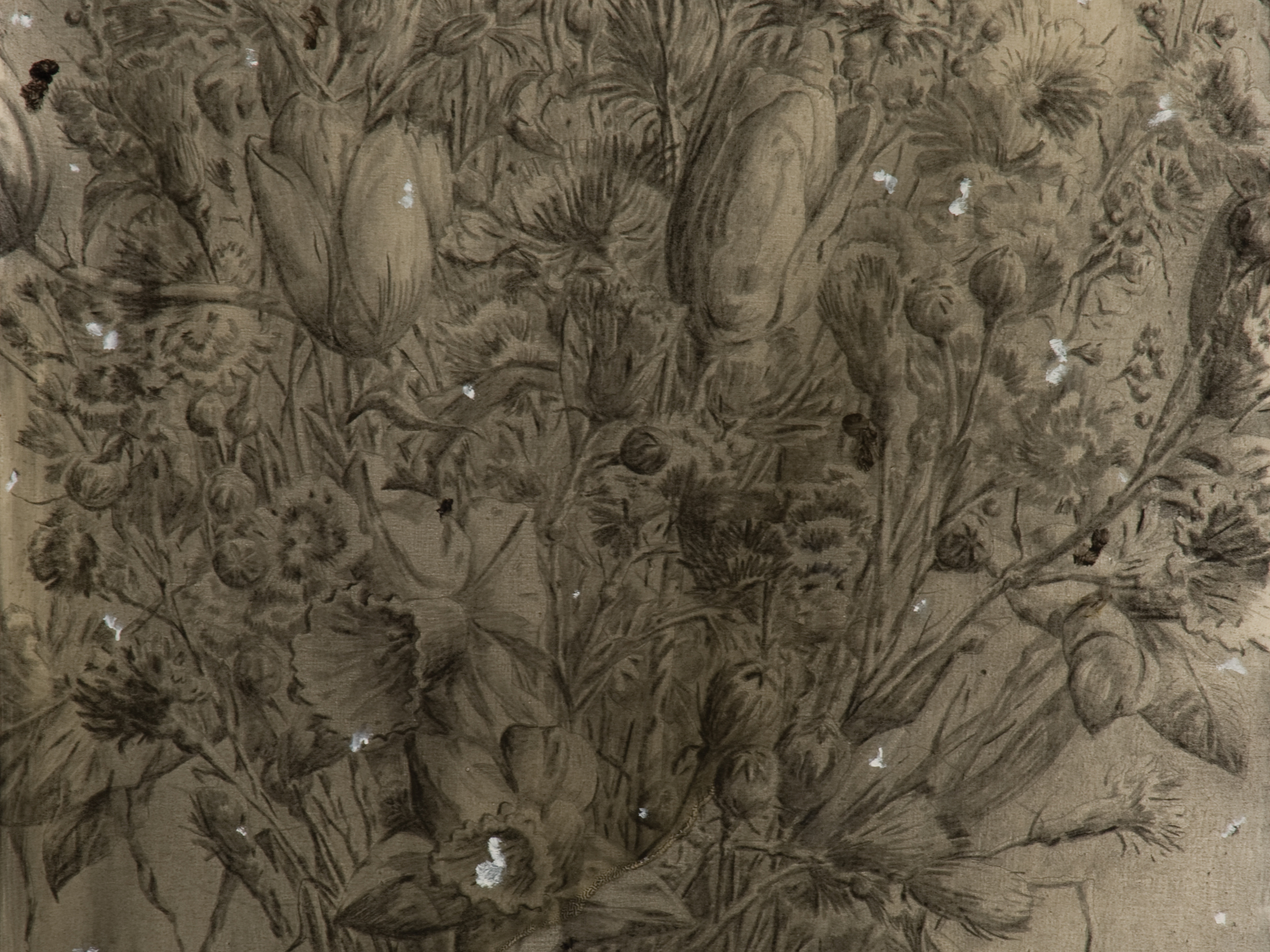 Graham Crowley’s exhibition will primarily be a painting show with work from 1976 to 2019. It is an opportunity to mount an exhibition that tells the story of a life in painting, beginning when painting was regarded as ‘dead’, conceptual art was pre-eminent and post-modernism, emergent.
Crowley’s earliest work could be considered some of the first appropriationist and post-modern paintings made in the UK. His work was described at the time as ‘unoriginal’, etc. More widely, punk – an appropriationist movement – was also becoming mainstream. It was at this time that Graham’s paintings were singled out by the Italian critic and theorist Achille Bonito Oliva as ‘trans-avantgarde’.
The intention of these works was to ‘reclaim painting’ and to demonstrate that originality – which invariably meant novelty – was a construct of the market.
This was painting as pursuit rather than commodity, it was a project of curiosity and inquiry. Painting was being dismissed with such fierce unanimity that a small group of dissenting artists (of which Graham was one) decided to paint – in order to provoke – and generally frustrate consensus and ultimately approval. The intention was always to confound. This is the nexus of post-conceptual painting – ie. painting that not only acknowledges the legacy of conceptualism, but embraces it.
‘A Love of Many Things’ is not intended to be a retrospective, but more a survey exhibition of the artist’s practice; the primary aim is to celebrate the development and the stylistic shifts over the last 40 years – unfettered by conventions, such as consistency and linearity.
The exhibition is also intended as a refutation of product identity. Crowley says “If it looks like a group show – all the better. This is about a life; a life in which doubt, obsession and poor judgement have played a significant part. Work should be hung in such a way that all works, no matter what medium or size can ‘speak’ to each other. The aim is ultimately to create a narrative or series of narratives within the show.
It will also be an exhibition in which work of different styles and periods are hung together – and to their best advantage, rather than in genre groups or chronologically. The installation of the exhibition will also offer an opportunity to explore themes such as family and parenthood, the vernacular; something that has always been central my thinking and painting and, mind – an approach to work (of all kinds – eg. engineering).”
Graham Crowley, often described as one of the most distinguished living painters in the UK, was born in 1950 and studied at St. Martin’s School of Art and the Royal College of Art. He has since held significant teaching posts including Professor of Painting at the RCA. Since the 1970s his paintings have spanned a huge range of styles, and in recent years his work has been largely inspired by the landscapes of West Cork, where his family originally came from and where he lived for a period mid-90s to the mid 2000’s.

Graham Crowley: A Love of Many Things

Highlanes Gallery would like to invite all to its newest exhibition; Graham Crowley: A Love of Many Things, with an informal opening this Saturday 21 September at 3:30pm with opening remarks by special guest and Art Critic of the Irish Times, Aidan Dunne.