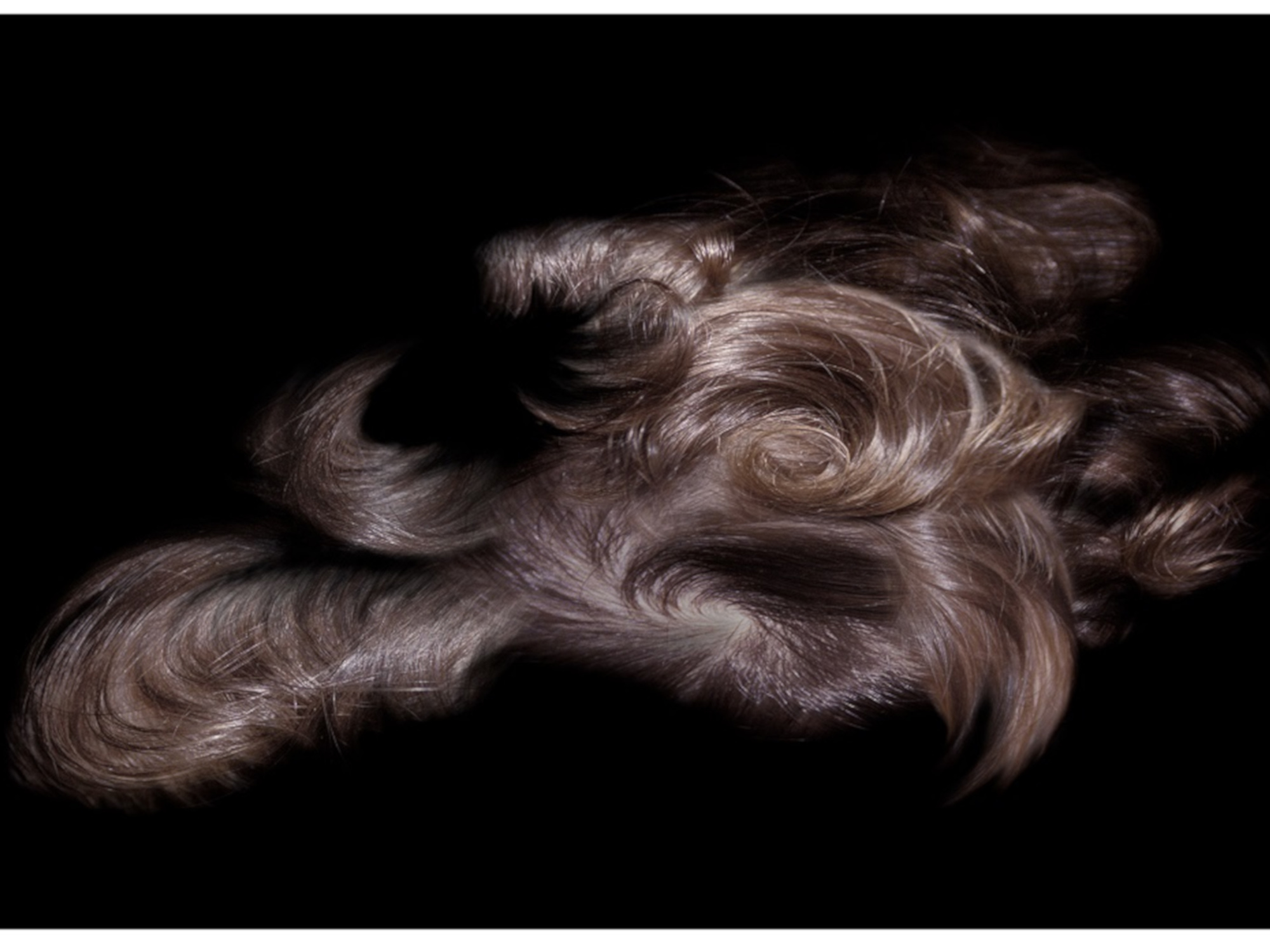 James Barry, Cristina Bunello, Frederic William Burton, Kate Byrne, Helen Chadwick, Harry Clarke, Sarah Cullen, Matthew and Mary Darly, Albrecht Dürer, Andrew Folan, Saidhbhín Gibson, Jane Giffney, Beatrice Glenavy, Hashiguchi Goyo, Patrick Graham, Sarah Cecilia Harrison, David Hockney, William Hogarth, George Jackson, Jessica Lagunas, Stephen Lau, George Laurence, So Yoon Lym, Alice Maher, Kieran Moore, Niamh McGuinne, Abigail O’Brien, Ana Maria Pacheco, Bharti Parmar, Kathy Prendergast, Joanne Proctor, Rembrandt van Rijn, Kiran Riaz, Sampson Towgood Roch, Dante Gabriel Rossetti, David Shrigley
Bristle: hair and hegemony draws on the rich scientific, literary, political and aesthetic contexts in which hair plays a central role. It brings together a range of artworks and objects from the 17th century to the contemporary moment, and from diverse ethnic and cultural contexts. It features work by historic and contemporary artists including Albrecht Dürer, William Hogarth, Dante Gabriel Rossetti, Matthew and Mary Darly, Hashiguchi Goyo, James Barry, Abigail O’Brien, Joanne Proctor, Stephen Lau, David Hockney, Bharti Parmar, Alice Maher and Helen Chadwick.
In addition to commissioning new work and borrowing a range of contemporary art from emerging and established artists, the exhibition presents art from major public collections, the National Gallery of Ireland, Chester Beatty Library, IMMA, Dublin City Gallery, the British Council, the Arts Council of Ireland and the Arts Council of Northern Ireland as well as Drogheda Municipal Art Collection and private collections. These wide-ranging examples, some familiar, many not shown before, offer a sense of the extent of representations and meanings given to hair in visual art and material culture over the centuries.
Hair as an expression of youth, beauty and physical prowess is a familiar trope in art and is conveyed with great sensuousness in Beatrice Glenavy’s Affectionate Couple and James Barry’s King Lear. How we groom our hair, both on our bodies and on our heads, is central to our construction as feminine or masculine and to how we situate ourselves culturally, socially and even religiously. The contradictory ways in which hair can project ideas of sexuality and gender is explored in diverse and often humorous ways in the work of Kieran Moore and Abigail O’Brien, whose specially reworked video, Natural Wax (1995-2017), conveys the physical pain and risk involved in the achievement of a sexually alluring body.
Hair is a powerful symbol of social standing. Hogarth’s engravings satirise the pretentious wigs donned by the elites of 18th century London while the Darlys’ prints of elaborate female coiffures are a comment on the colonial and imperialist outlook of the class that sported such outrageous fashions, their hair a reflection of their wealth and associated leisure. A purported lock of the ill-fated Marie Antoinette and a contemporary cartoon, refer to her vanity and her downfall, both connected to her well-tended locks. The work of Kiran Riaz and So Yoon Lym refer to the idea of hair as a marker of ethnic and cultural identity. From the world of popular culture, early 20th century postcards of Circassian ladies, whose bizarre curly hair made them star attractions in circuses and travelling fairs, offer a sense of the wider obsession with physical appearance.
Several artists, including Jane Giffney, David Hockney, Alice Maher, Ana Maria Pacheco, Niamh McGuinne, Saidhbhín Gibson and Harry Clarke view hair through the lens of folklore, literature, and mythology where long tresses, stolen locks or hairy legs act as metaphors for subversion, excess, and promiscuity. Here hair is presented in fantastic ways that subvert the viewers’ expectations. When grey or thinning, hair denotes deterioration and age as in Jessica Lagunas’s video work, Preoccupation (Gray Hair), in which the artist plucks out her grey hairs. As an organic substance, hair is a marker of genetics, race and hereditary characteristics and this is explored in the work of Kathy Prendergast and Andrew Folan and in a collection of miniatures from the National Gallery of Ireland in which hair acts as a momentum of loved ones. This careful treasuring of hair is dramatically counteracted by the work of Bharti Parma whose carpet of human hair, Shag, questions our precious attitude to this ephemeral aspect of human biology.
Bristle: Hair and Hegemony is curated by Roisin Kennedy, Lecturer at the School Of Art History & Cultural Policy, University College Dublin, Niamh McGuinne, artist and paper conservator, National Gallery of Ireland, and Aoife Ruane, Director of Highlanes Gallery.

Highlanes Gallery is grateful for the ongoing financial support from Louth County Council, the Arts Council, and Patrons, Benefactors and Friends as well as sponsorship from the d Hotel, Drogheda http://www.thedhotel.com/

Lunchtime Lecture Tuesday 21 August at 1.00pm
‘launch ships and burn towers’: Beatrice Glenavy and Patrick Pearse
Patrick Pearse and Beatrice, Lady Glenavy (née Elvery) were both shaped by the heady years of the Gaelic Revival at the turn of the 20th century. They first met in their 20s when Beatrice Elvery illustrated Pearse’s book of short stories, Íosagán agus Scealta Éile. In the years which followed two of her paintings came to play a central role in the visual identity of Pearse’s experimental school, Scoil Éanna. In this lecture, Brian Crowley, Curator of the Pearse Museum will explore the forces which initially brought these two figures together and the very divergent paths which they would later take.

Hair Raising Narratives: A personal response to Bristle – Hair and Hegemony Throughout the history of art, hair has often been used as a visual signifier that reflects or challenges dominant power structures. As one of the most socially constructed markers of gender, how artists display and use hair within the exhibition can reflect the cultural construction of gender. Dr Jane Humphries teases out the gendered themes of the exhibition to consider how hair, as a subject and material, challenges, satirises, and sabotages what may be considered gendered ‘norms’. She demonstrates the ambiguous sign systems artists have used in the works. In so doing she will show how the cultural meaning of hair, within the visual narratives displayed, can bewitch, entice, reward, destroy and celebrate women and men.

October 8, 2022 -&nbsp3:00 pm November 12, 2022 -&nbsp5:00 pm
Prev Exhibition Siobhan McDonald: A Change in the Signal/Crystalline
Next Exhibition This is Not Architecture