In the Footsteps of Gabrielle Ricciardelli, by Historian Brendan Matthews 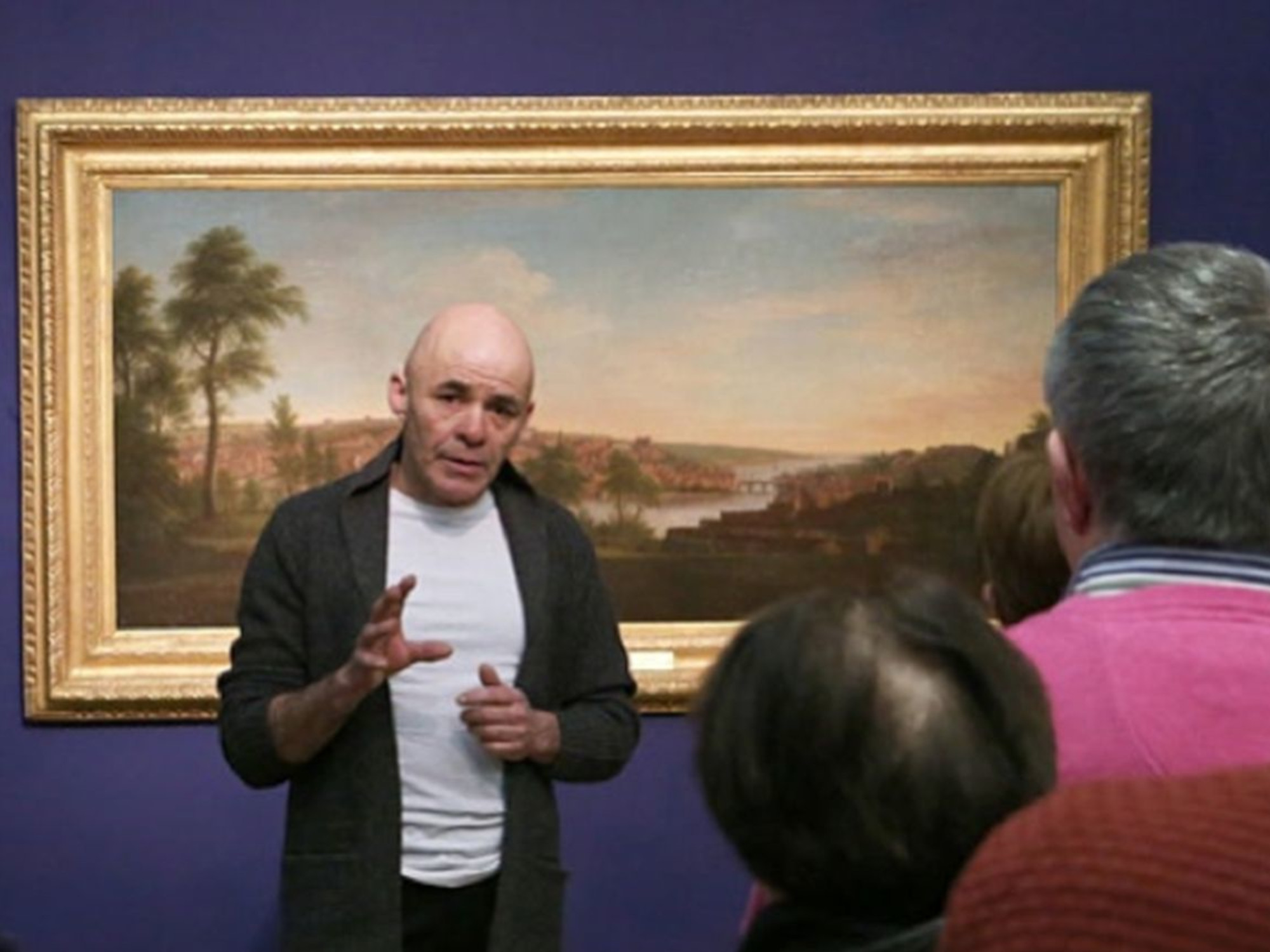 The two oldest artworks in the Collection are by Gabrielle Ricciardelli, the Italian artist who was born in Naples in around 1690 and who was commissioned while he was in Ireland to come to Drogheda in 1753 to make two panoramic views of Drogheda. The magnificent works, the first, View of Drogheda, capturing a westward image of the great Boyne River, the town and the rural landscape beyond, the second, titled View of Drogheda from Ballsgrove depicting a central & easterly view of the town and, again, the great Boyne River and estuary in the background.

This summer, and during Heritage week season join Community Historian, Brendan Matthews as he leads a Walk ‘n Talk up Lawrence Street, Palace Street, William Street, Church alleys, St. Peter`s Hill and Fair Street, where he will identify and speak about the early to mid-Georgian architecture that adorned the streetscape of the town during Ricciardelli’s time in Drogheda, along with discussion on the fascinating social, economic and the political situation that was taking place during this period in Ireland.

The tour will start on Wednesday 19th August at 7.30pm. Please note that there will be a max group of 20 people, and a requirement to socially distance during the event.

Please meet in the gallery courtyard of Highlanes Gallery in time for the event on the day.