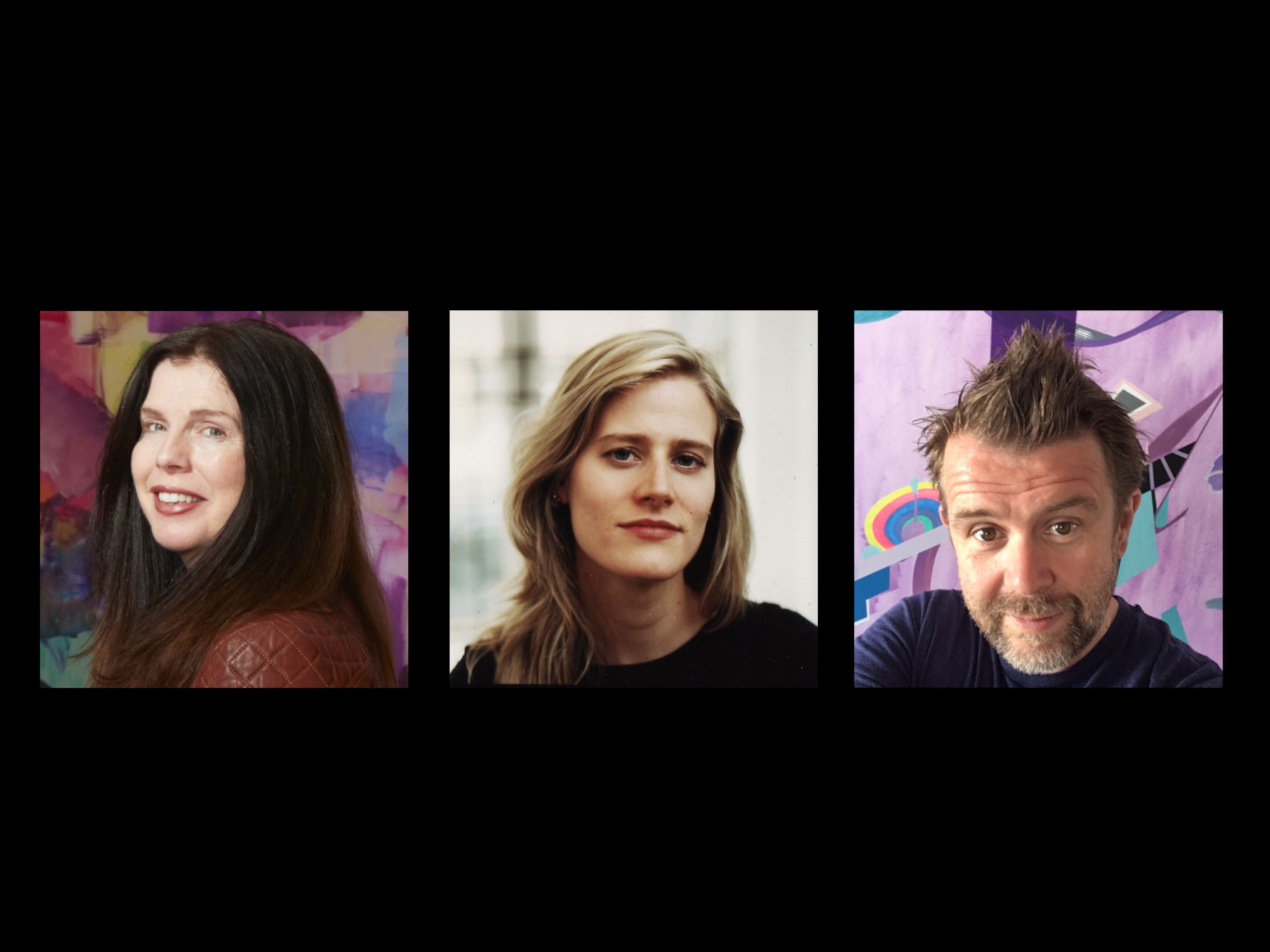 Join us as we connect with three artists whose work has been acquired to our Collection; Diana Copperwhite whose work Six Degrees of Separation was acquired from her solo show here Eclipse of a Title (2007), and Dannielle Tegeder & Danny Rolph, whose works Structure of the Modern City Machines with Spring Snowfall Constructions and Gallureuse, respectively, have been acquired to the Collection in 2020.

Diana hosts the discussion from her studio in Dublin, and where she first curated the work of Tegeder and Rolph into the exhibition Vision X at the RHA, Dublin.

The artists will discuss their recently acquired work, their broader practice and what they have been making recently.

Danny Rolph lives and works in London. He is best known for his multi-layered Triplewall and canvas paintings. His paintings construct their grammar of signs through material engagement and unprincipled investigations into the history of the ‘pictorial’, locating endless questions with attitude and visual dexterity.Recent solo exhibitions include The orchard, Barbara Davis Gallery, Houston (2019) and WCW, 532 gallery Thomas Jaeckel, New York (2018).He was awarded the Mark Rothko Residency Award for 2020.Rolph’s work is in many private and public collections including The Metropolitan Museum of Art, New York, and Tate Gallery, London.He is represented by 532 Gallery Thomas Jaeckel, Barbara Davis Gallery and Aeroplastics Gallery.

Born in Peekskill, NY, Dannielle Tegeder currently lives in Brooklyn, New York and maintains a studio at The Elizabeth Foundation in Manhattan. She is an Associate Professor of Art at the City University of New York at Lehman College. For the past fifteen years, Dannielle’s work has explored abstraction. While the core of her work is paintings and drawings, she has recently begun to include large-scale installation, sculptural objects, video, sound, and animation.Since receiving her MFA in 1997 from the School of the Art Institute of Chicago, her work has been presented in over 100 gallery exhibitions, both nationally and internationally in Paris, Houston, Los Angeles, Berlin, Chicago, and New York. She has participated in numerous institution exhibitions including PS1/MOMA, The New Museum, The Brooklyn Museum of Art in New York, and Museum of Contemporary Art in Chicago. Several of her drawings have recently been purchased as part of the Contemporary Drawing Collection at the Museum of Modern Art, and her work is in the permanent collections of The Museum of Contemporary Art in Chicago, and The Weatherspoon Museum of Art in Greensboro, NC.